The Royal Court is an artistic collection of sculpture and photography expressing issues of our current society. The concept was to use the structure of the royal court of his/her majesty and reveal the controversy that exists. The court consisted of hundreds of men and women who socialized according to their rank; an example of some of these men and women are dukes, duchesses, chancellors, cardinals, knights, etc. They served the king and queen and while in court they were held to a code of conduct. Although court maintained the highest level of class, behind the façade lived the most corrupt characters. In every court there was some degree of misbehavior, manipulation, and treason. The issues addressed in this collection are manipulation, deceit, religion, molestation, overindulgence, abuse of power, discrimination, and more. Art is all about expression. Artists use their talents to create a visual that not only evokes an emotional reaction, but expresses their point of view.

The wife or widow of a Duke.

‘Do not underestimate the fuel behind her gaze. She’s conniving, manipulative, judgmental…envious.’

The court was a social gathering. Women would gather together to converse on their marriages, children and of course other women. They would engage in Gossip, Manipulation, and Slander on an everyday basis. When we have nothing left to divulge in our own lives, we begin to dissect and judge the lives of others. We try to control, limit, and reduce the characters and accomplishments of those around us. Why is it that we cannot find content in ourselves? 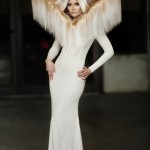 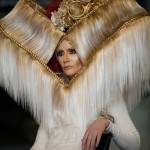 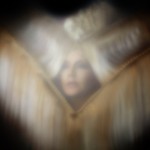 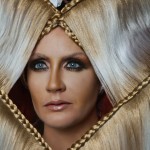 The Cardinal & The Whore

A leading dignitary of the Roman Catholic Church, nominated by the pope.
A Prostitute.

‘Just because he has the power doesn’t mean he is always right.’

With a prestigious role in the Roman Catholic Church given by the pope himself, the Cardinal leads his people with righteousness. They respectfully bow their heads and look up to this man hoping for guidance and forgiveness for their sins not knowing behind closed doors he commits his own. Man is flawed, yet we look to men to guide us and our religion, so our religion is flawed. 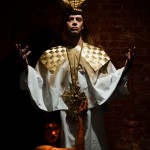 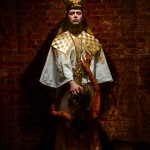 The Nun & The Chancellor

A member of a religious community of women, especially a cloistered one, living under vows of poverty, chastity, and obedience.
A bishop’s law officer.

‘When she walks the line of temptation, eventually she will succumb to her desires.’

Nuns were conservative women. They would join the convent and serve the church at a young age; taking vows to abstain from Sex, Passion, and Sin. They relied on inner strength and their religion to protect them and keep them in line. However, it’s hard to refrain from such indulgences when temptation dangles itself in front of you every day. Eventually you are overcome. 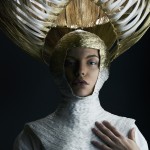 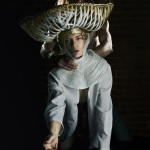 The Knight & The Squire

A man who served the sovereign or lord as a mounted soldier in armor.
A young nobleman acting as an attendant to a knight.

‘He is a Hero. An Example. The Alpha Male. He has a responsibility, but He has a dirty secret. Suppressed, judged, and released in the most inappropriate way.’

A Knight is a role model. He is an accomplished man of the court who carried an exceptional reputation and a long list of accomplishments and honors. He is a symbol of Strength, Power with no sign of “weakness”, like Homosexuality. The young boys of the court, Squires, would follow every step of the Knight. They longed for their approval and honor, easily influenced and taken advantage of. We rely on men of influence and power to lead our boys, but where do we turn when these men are damaging and corrupting our boys? 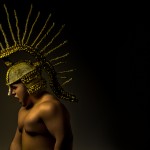 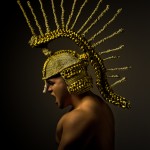 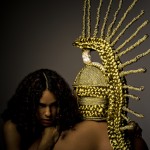 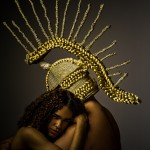 The Ladies in Waiting

Ladies of a Queen’s household appointed to wait on her.

‘Passion is addicting, a distraction. Overindulgence can lead to your destruction.’

Ladies in waiting, as they were appointed by the court, were of service to the Queen by day and sometimes the King by night. Their purpose was to dress, please, and serve; both his and her majesty…in any way that they desired. Giving into their desires. Submitting to their own passions. Sometimes forgetting their original purpose and their other opportunities for love, marriage, and children. Drinking in that drug of desire and passion until it absorbs every ounce of their being until there is nothing left. 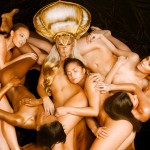 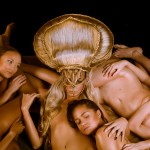 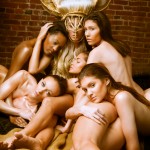 The female ruler of an independent state.

‘She is strong, a pillar of strength, but behind her lays a path of struggle, loneliness, and criticism. Picked apart by her flaws and ridiculed for her successes…but without her…’

Her majesty, the Queen, is the ruler of her kingdom forced to balance a stern hand with the grace of being a woman in royalty. She is strong, independent, and knowledgeable. She has made large sacrifices for her people; marriage, children, and love. So why do they have so many horrible things to say about her. A woman in power must be a bitch, a man-eater, and unwarm. No matter how vast the accomplishments are during her reign; it’s not enough to negate the ridicule and criticism of her court. A man can do a much better job, right? 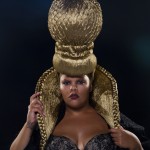 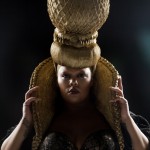 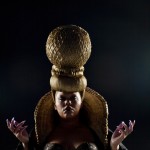 A person, animal, or plant with an unusual physical abnormality.

‘What makes her strange and different…makes her beautiful.’

In every court, there is always a Freak. The Freak was kept around to serve as amusement for the King, Queen, and members of the court. They would sometimes perform or just be so others can absorb, mock or humiliate them to entertain. Why is it that we find the need to laugh and make a mockery of difference? This “freak” is still a person. 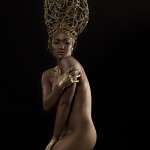 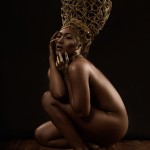 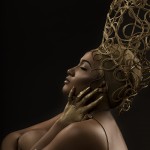 A domestic, tamed or untamed animal or bird kept for pleasure.

‘Held against her will, she longs for freedom. Dreams of flight. We cage ourselves and limit our dreams by the standards created by the people we look up to. Free Yourself.’

When a bird is hatched, they are born with an unmatched skill to soar the skies. Gifted with incredible rare beauty, others can’t help but admire her and want to keep her all to themselves. They want to hold her back, limit where she can go, and who she can see. Convinced of their love and protection she ends up enslaved, held back, and unable to ever reach her potential. She will never fly again…never soar the skies. Never discover all that she was meant to be. 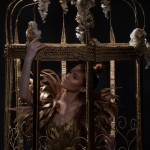 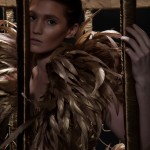